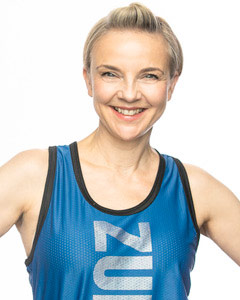 Leigh trained at The Arts Educational School in a comprehensive range of dance genres and theatre skills. During that time she performed with the Royal Festival Ballet in the lead role of Clara in the Nutcracker and danced at the Royal Opera House, Covent Garden in the Opera, Falstaff.

Leigh became a professional dancer in 1979 appearing in a huge number of productions worldwide but predominantly worked as one of Britain’s top television dancers on numerous British TV series such as Stars In Their Eyes, The Russ Abbot Show, The Little and Large Show, Kenny Everett Show, Noel Edmonds House Party, The Stanley Baxter Show. Children In Need, The Generation Game, The Paul Daniels Magic Show. The Fast Show, Top Of The Pops to name but a few. Leigh performed in many number one Pantomimes as principal girl performing and singing along side great artists such as Cilla Black and was one of the presenters on the BBC popular children’s series Crackerjack. She was one of the dancers in the legendary videos by Robert Palmer and went onto be signed by A&M records and released a charting single.

Leigh became a choreographer/movement director in 1995 continuing her work on premier television programmes. She has worked for all the major television networks: BBC, ITV, Chanel 4 and satellite/cable. A few credits are: Mrs Brown’s Boys, The Paul O’Grady Show, So You Think You Can Dance, We are Klang, The Dame Edna Treatment, The Royal Variety Performance, Generation Game, The Magicians, The Armstrong and Miller Show

Leigh is a qualified fitness instructor which led to her choreographing, compiling and presenting the chart topping fitness video “One To One Options” Leigh has continued to develop her fitness qualifications and is skilled in teaching Zumba® Fitness, Zumba® Toning, Fitness Pilates, aerobics, step, body conditioning and many other forms of dance and exercise.

Leigh is a qualified IDTA Teacher of Freestyle Dance. 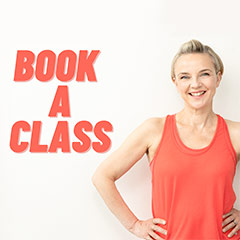